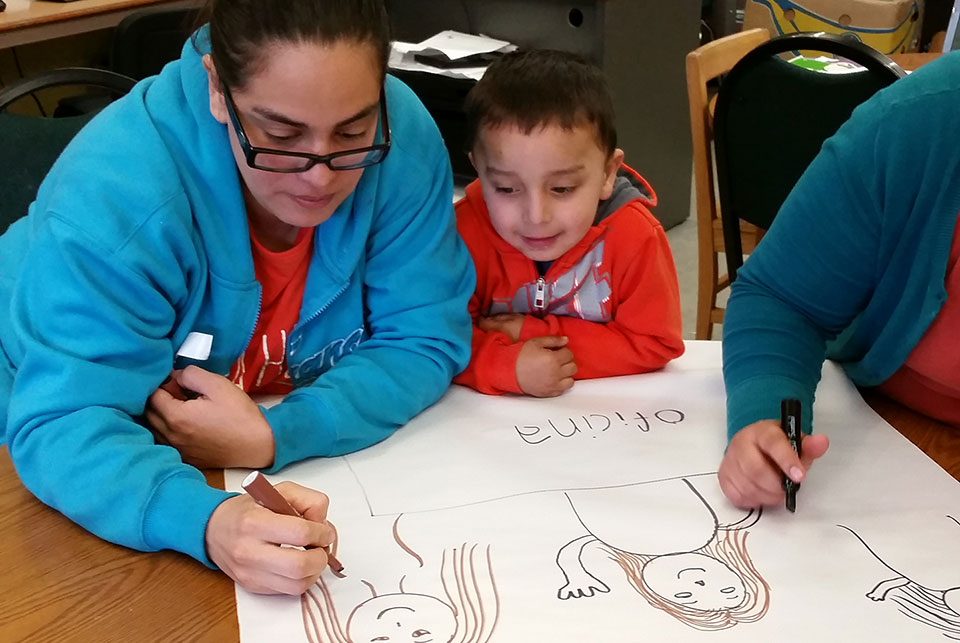 It’s springtime in Oakland, and parents are planting the seeds of leadership at three East Oakland schools. Find out how PLAN leaders are stepping up to solve long-term issues through collaboration and old fashioned elbow grease.

On a Wednesday morning at REACH Academy in East Oakland, 23 families showed up to volunteer in the classrooms, play yard and front office. A few days earlier, at the nearby Stonehurst Campus, which house Fred T. Korematsu Discovery Academy and Esperanza Elementary, members of the traffic safety met with Dario Hunter of the Alameda County Public Health Department about implementing a Parent Patrol program.

While these activities might be ordinary at schools in the wealthier hills neighborhoods in Oakland, they are unfortunately few and far between at these schools – until now.

These schools are participating in PLAN’s new program – Leaders for Engaged and Active Parents, or LEAP. Supported by a three-year investment from the W.K. Kellogg Foundation, LEAP is sowing the seeds of parent leadership in new ways. The foundation of the program are LEAP Champions – leaders who receive special training and support from PLAN staff to build a “core team” of parent leaders to proactively address issues that get in the way of student learning. One Champion, Ofelia Casteneda, shares her progress:

“I’ve recruited eight parents to be a part of the LEAP core team at REACH. I’ve been able to meet them at different school events and follow up with one-on-ones where I am able to listen to their concerns and invite them to be a part of the change.”

These are organizing skills Ofelia learned through participation in PLAN’s training programs over the past two years, including Parents Ready for School, PLAN to LEAD and the Summer Parent Leadership Academy.

The “change” she speaks about is a new volunteer program. Parents wanted to energize volunteerism at the school, but past efforts had failed due to disorganization, disrespect (parents spoke of being assigned to clean bathrooms) and a lack of appreciation for volunteers. With the support of PLAN staff and OUSD’s Volunteer Coordinator, and feedback from teacher and parent surveys, parents have launched Volunteer Wednesdays as a pilot for this year.

“Because we involved parents, teachers, administrators and community partners in the development, Volunteer Wednesday is owned by the entire school community,” says PLAN Training Associate Monica Green. “Teachers are now approaching committee members asking ‘can you have a volunteer work with me and my students?’ It’s a beautiful thing.”